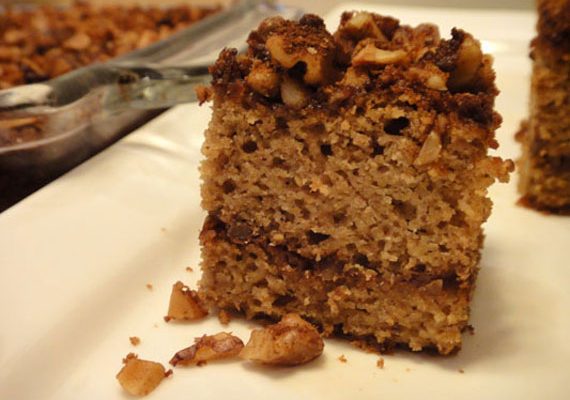 It's an endearing German tradition to sit down for Kaffee & Kuchen (Coffee & Cake) in the afternoon. this coffee cake is the perfect match but it goes well with tea or a latte too. Even though it's low-sodium it doesn't lack flavour. It's moist and tender. The centre and topping have a nice walnut-cinnamon crunch. At only 186 calories per square - that's a pretty light snack for cake.

The butter was reduced by using applesauce and instead of two eggs, one was replaced with a ground flaxseed slurry. As an alternative, you can use sour cream instead of yogurt and go back to two eggs if you prefer.

Using our Whole Grain Pancake Mix gives you a little less to do in the kitchen, which means getting this cake into the oven in time for Kaffee & Kuchen. 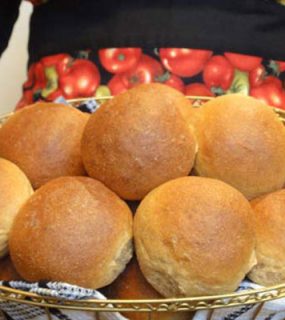 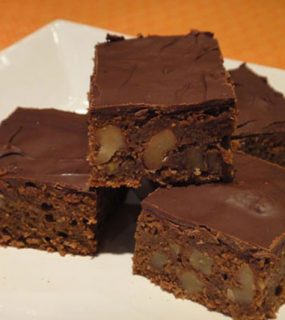 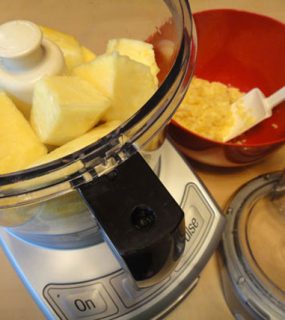 Crush Your Own Pineapple